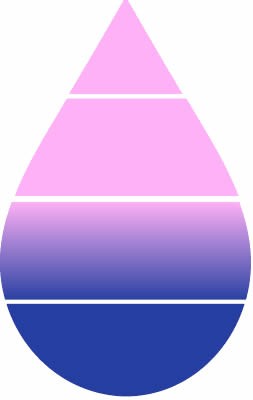 To highlight anything about bisexuality would be its incomprehension, including that of those in the sexually diverse community, even among bisexual persons. This is due to the lack of information and availability, as well as the bias that lingers about bisexuality such as, “A person declares himself bisexual when this person does not want to admit, or wants to hide, their own homosexuality.”

The issue regarding bisexuality is not about hiding an expression of sexuality; it is a sexuality of its own. The bisexual person could have started amorous relations with whichever gender, and have felt unfitting of neither of the major assumed sexual orientations, heterosexual or homosexual. This generates confusion, anxiety, uncertainty, and low self-esteem. When the bisexual person hunches that they could be bisexual, they start to comprehend and to value their orientation in spite of the difficulties this brings, such as being accused of being bisexual because it's “trendy” or for fear of being called gay or lesbian.

My personal experience carried me to overcome all these biases. A heterosexual person needs for the opposite gender to feel their love, sexual needs, and sharing life in order to reach personal satisfaction. Similarly, a homosexual person needs to relate to their own gender in order to supply these same needs. Someone bisexual would complement themselves with both genders, not one or the other separately. It so happens that, due to life’s circumstances, one could start with one specific gender in sentimental or sexual relations—in my case, a man—and think that it would be so throughout life. Nevertheless, as time went on, I noticed that I felt affinity for women, even though I believed I would never feel anything for them.

There are sexual and amorous needs that a person from the masculine gender can supply, then there are sexual and amorous needs that can be supplied by the feminine gender. It is not about hiding or shame regarding homosexuality, but about our self-expression of love and libido towards both genders, though not necessarily equal between both genders. Likewise, at the moment of selecting a partner, those of us that are bisexual are conscious that this person, independent of their gender or sexual expression, will not fulfill the role of the opposing gender. Therefore, relating with someone else, both in casual and monogamous relations, consists of an act of self-sincerity greater than that of a homosexual or heterosexual.

The challenge of bisexuality is to comprehend and live with its fluidity. At times, bisexuality is incomprehensible. That does not imply that I would get up one day and give flowers to a woman and later that weekend I would arrange a date with a male coworker, but I would enjoy and celebrate the beauty and love of both genders. There is not a defined line that separates the attractions for the feminine and masculine. This is why Kinsey proposed his scale, because the mind and the body recognize the needs that each supply. At the beginning, I thought I wanted women because of the topic of maternity or that I liked men because my first date was with one and so was my first kiss. I learned and accepted that each meets an important role in my life.

Sexual orientation is an inseparable aspect of personality; I can’t think of me without it. In spite of the biases, mine and others, toward bisexuality, I celebrate fluidity, just as the waves of the ocean that come and go. Said fluidity is the beauty of it; and, at the moment of deciding who will be my partner for the rest of my life in sacred matrimony, whichever gender it may be, I will be happy with this person and monogamy won’t be martyrdom. The enemies of bisexuality are not the homophobic or biphobic persons, but one's own incomprehension.