WHY I AM AN ALLY 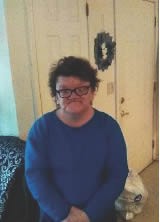 I had never met a gay/lesbian/transgender/queer (I don't like that word) until I went to graduate school, even though I knew some men who might want to be in this kind of life. However, I never met a lesbian until I met K. and J.  K. was in the same program as I was and J. was her partner. I went over to their home to go with them to a restaurant. It was then I saw K. kiss J. on the mouth.

I didn't think much of it until K. and I sat down in the booth and got settled in for our usual coffee and a snack. K. explained to me what was going on with her partner and that they were both lesbians. Since I was a curious person, she went on to explain what lesbian meant. I was from a very shielded background, but K. very graciously answered my questions. From that point on, we became friends. That was in 1980. We are still friends to this day.

That was part of my exposure to lesbianism as well as to the rest of homosexuality. Being a Seventh-day Adventist, I had an "attitude" of right vs. wrong; but I didn't bother to look at the big picture. Then I realized I am a human, and K. and J. are human as well. I got a lot of flack from other people in my church in North Carolina—you know, "the Bible Belt." I stopped engaging with people in that group that K. was in due to fanatical Adventists' peer pressure.

I met people that were Seventh-day Adventist and lesbian—again, no problem for me. Just a little confusing. I was in my late 20s-going-on-30. I moved to Columbia, Missouri, and my dear friend introduced me to her son who happened to be gay. I talked to her about his lifestyle and she replied, "He is my son, no matter what." That is when I realized what this dear woman taught me about unconditional love and acceptance. That is what Jesus would do, right?  Why should I question someone's comfort zone? Does Jesus judge a person by their comfort zone?

Let me tell you a little about myself. I am 59 years old. I have two degrees—still going to the "School of Hard Knocks"—by now, I should have a PhD! I was born deaf and have some congenital abnormalities as well, with little or no knowledge about sexuality. Back in my day, it was unheard of to think that disabled people could be sexual beings.

I'm past that whole scheme of my life. I was told that I could not have a child due to my female syndromes. So I put myself in the "not interested" category. I am still a Seventh-day Adventist, but I am a person who loves people just as Jesus would. Who am I to say, "Hey, something's not right with you," when people for over 21 years have been telling me that there were a lot of things not right with me? I have not met anyone from SDA Kinship personally because my funding for travel is almost non-existent. I have complicated health issues, but God has blessed and enriched my life by allowing me to know and accept K. and her partner who are now married!

When I found out that it was legal to have a same-sex marriage, I was so happy for all involved! I was ecstatic for my friends in Kinship as well as others. Finally, someone (me) had the "horse sense" to look at the bigger picture in the circle of life!

Why am I an ally for Kinship even though I am in a “not interested" or rather "Who would even want me to be their partner?" person? My family of origin had drilled into my head those thoughts and questions for over 20 years. I just thought I was unlovable, but I have a huge heart for others. I will always treasure the friendship of others in this group. I wouldn't have it any other way!