Wherever you identify under the LGBTQ umbrella, Kinship is here for you.

You are not alone, and there are probably members in our community who either already have gone through or are currently going through a similar journey.

The Kinship community aims to proactively make space for each member to experience community, affirmation, and growth. 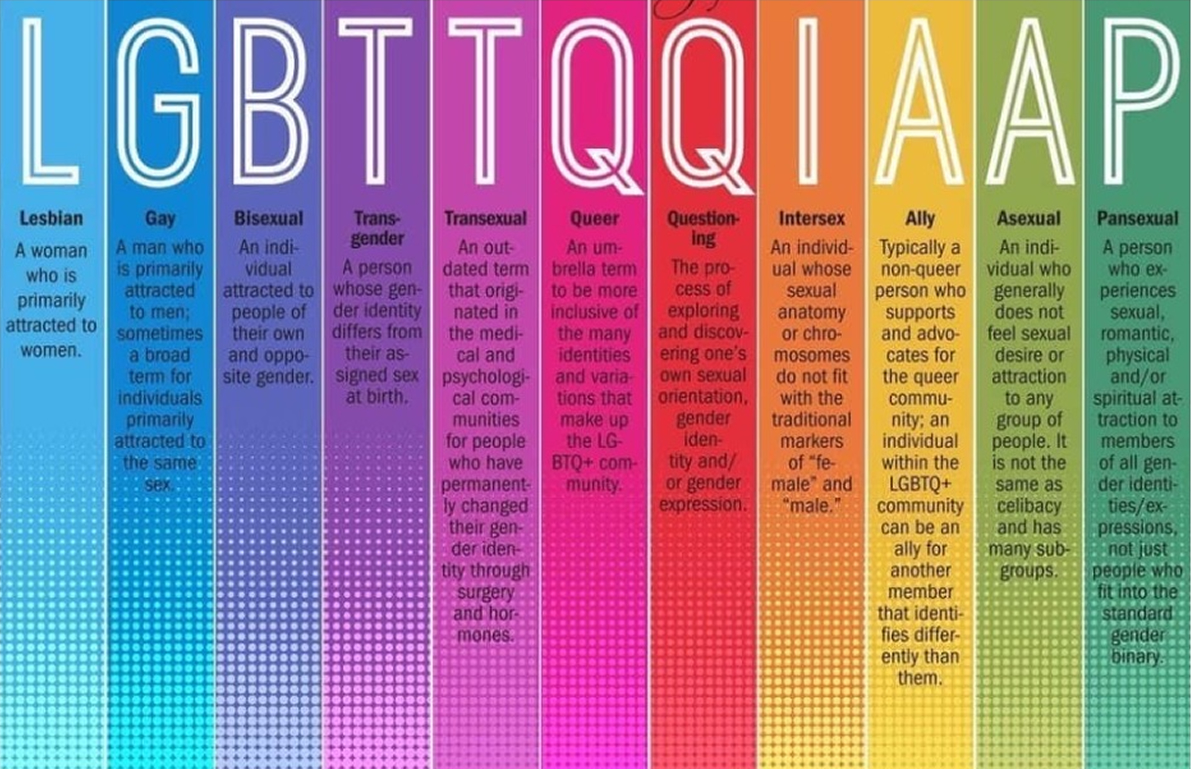 What it means to be LGBTQ

A woman whose enduring physical, romantic, and/or emotional attraction is to other women. Some lesbians may prefer to identify as gay or as gay women.

The adjective used to describe people whose enduring physical, romantic, and/or emotional attractions are to people of the same sex. Sometimes lesbian is the preferred term for women.

A person who can form enduring physical, romantic, and/or emotional attractions to those of the same gender or to those of another gender. People may experience this attraction in differing ways and degrees over their lifetime. Bisexual people need not have had specific sexual experiences to be bisexual; in fact, they need not have had any sexual experience at all to identify as bisexual.

An umbrella term for people whose gender identity and/or gender expression differs from what we typically associate with the sex they were assigned at birth. People under the transgender umbrella may describe themselves using one or more of a wide variety of terms— including transgender. Many transgender people are prescribed hormones by their doctors to bring their bodies into alignment with their gender identity. Some undergo surgery as well. But not all transgender people can or will take those steps, and a transgender identity is not dependent upon physical appearance or medical procedures.

Intersex is a general term used for a variety of situations in which a person is born with reproductive or sexual anatomy that doesn't fit the boxes of “female” or “male.” Sometimes doctors do surgeries on intersex babies and children to make their bodies fit binary ideas of “male” or “female”.

Asexuality is an umbrella term and exists on a spectrum. Asexual people – also known as “Ace” or “Aces” – may have little interest in having sex, even though most desire emotionally intimate relationships. Within the Ace community, there are many ways for people to identify.

An adjective used by some people, particularly younger people, whose sexual orientation is not exclusively heterosexual. Typically, for those who identify as queer, the terms lesbian, gay, and bisexual are perceived to be too limiting and/or fraught with cultural connotations they feel don’t apply to them. Some people may use queer, or more commonly genderqueer, to describe their gender identity and/or gender expression. Once considered a pejorative term, some LGBT people have reclaimed queer to describe themselves; however, it is not a universally accepted term even within the LGBT community.

Sometimes, when the Q is seen at the end of LGBT, it can also mean questioning. This term describes someone who is questioning their sexual orientation or gender identity.