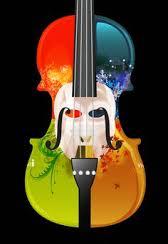 LGBTQ classical music composers have spanned the generations. They include the early Baroque composers of Europe (such as Jean-Baptiste Lully), impressionist classicists (such as Maurice Ravel), mid-nineteen century modernists (such as Leonard Bernstein, Aaron Copland, and Baron Benjamin Britten), and contemporary composers (such as Stephen Hough, Jennifer Higdon, and Gareth Farr).

This group of LGBTQ composers have also been active in composing works for many artistic forms, such as ballet, opera, piano, string instruments, and full orchestral movements.

Interestingly, a great number of the historical LGBTQ music composers were isolated because their musical styles were innovative for their time. Often, their compositions did not display the repetitive form of their contemporaries and were more idiosyncratic in style. Reviewers and the public were often not embracing of this style, though this changed significantly with time. The classical music world is regarded as one that, historically, is inherently averse to innovation and novelty. One can make a case that this avant-garde musical style was an outward representation of the inherent personality and background of the LGBTQ composer.

Contemporary LGBTQ classical composers do not necessarily face the same restrictive professional climate. Much of the contemporary classical music genre is inherently idiosyncratic in its nature.