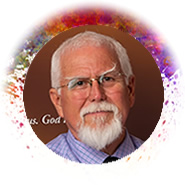 The story is told of a king who held a race in which all the young men in his kingdom were invited to participate. A bag of gold was promised to the winner.

On the day of the race, the young men assembled and started running at the sound of the fanfare. At a certain point in the course the runners found a large pile of stones, around which, one by one, they managed to scramble over or around. Gradually, the runners crossed the finish line. After almost everyone had finished the king refused to declare a winner.

Finally, a young man crossed the finish line, his hands and fingers bruised and bleeding. "I apologize for taking so long to finish the race, O king," said the young man. "But as I was running I came upon a large pile of stones. I managed to move them out of the way, wounding myself in the process. But at the bottom of the pile of stones, I found this bag of gold." He held up the bag for all to see.

"My son," said the king, "you have won the race. For that one runs best who makes the way safer for those who follow."

I'm writing to pay tribute to members of our Kinship Advisory Council who've made the way safer for those who follow. Our Advisory Council is made up of friends and allies who meet regularly to influence the larger Adventist Church to be more inclusive and welcoming to LGBTQA+ individuals and their families.

First on the list is Fritz Guy and Larry Geraty, both scholars of renown and both former presidents of La Sierra University. As Kinship was gaining momentum, they were among the first to attend Kinship gatherings as officially sanctioned representatives of the church. Their influence over the past 40 years has been profound

Another is Rudy Torres, an ordained minister who has served as senior pastor in some of North America's largest Adventist churches. In the late 1980s, when AIDS was largely unknown, and bigotry against gays and lesbians was at its height, the Glendale (California) City Church, of which Torres was senior pastor, intentionally welcomed members of the queer community.

David and Bronwen Larson have also been staunch allies of Kinship from their home in Loma Linda, California, where Dave recently retired from the faculty of the school of religion at Loma Linda University. They, too, have made the way safer for those who follow. Recently, Dave, Bronwen, Rudy, Fritz, and Larry willingly stepped away from being on the Advisory so that its membership could be younger and more diverse. We owe them our thanks.

I could mention others; the list is long. But most important is to remember that our present efforts to bring justice, equality, inclusivity, and grace to our churches and communities are never-ending. Kinship will always need people who make the way safer for those who follow.