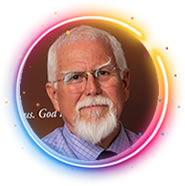 The struggle for equality, whether based on sexual orientation, gender, race, religion, or economics, has been part of the human experience for thousands of years. Those of us who have supported the rights of LGBTQ individuals have seen remarkable progress over the last several years. Gay, lesbian, and transgender lawmakers serve at nearly every level of state, local, and federal government. LGBTQ individuals are featured in films, in concert halls, and at athletic venues. We can celebrate this progress.

But as we enjoy the progress we’ve seen, we have to admit that resistance to sexual, racial, religious, and ethnic equality is growing and becoming increasingly violent. In many places bigotry, prejudice, and ignorance are conspiring to rob people of their God-given right to equality.

Oddly, most people in the United States (70 percent) support LGBTQ equality. That’s probably because they know LGBTQ people—family, friends, co-workers—and they know those people add quality to their lives. Young people are even more likely to fight inequality. Most of them didn’t grow up with the prejudices that guided their parents and grandparents.

MESSAGE FROM THE PRESIDENT
April Events