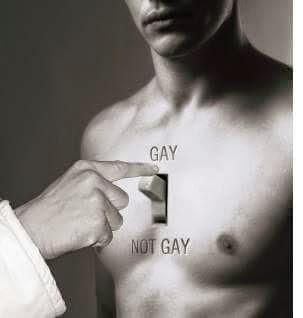 Recently a conference sponsored by the Adventist church in London promoting “healing from homosexuality” was cancelled after over 40,000 people signed a petition asking for it to not take place. Shortly thereafter, Mike Carducci, one of the main speakers scheduled to take part in this event, was also removed as the main speaker for youth at the North England conference camp meeting this June. Carducci had also faced criticism for earlier comments when he stated that allowing gay couples in the church was “…allowing demons to come in with them and to engage with your children." He later apologized for these remarks.
These speakers of the now-canceled conference in England are part of a group called Coming Out Ministries that “shares how we found redemption, victory, healing, and freedom from homosexuality.” These four speakers, Mike Carducci, Wayne Blakely, Ron Woolsey, and a new addition, Danielle Harrison, are currently being vigorously promoted in the Adventist church. They spoke at the ‘In God’s Image’ summit organized by the General Conference of Seventh-day Adventists on “alternative sexualities” in Cape Town, South Africa last year; and they are speaking at the North American Division pastors’ convention this summer in Austin, Texas. They are speaking at numerous churches and camp meetings in the upcoming year, and their stories have been featured prominently in official church publications. They even have given week of prayer presentations at Adventist elementary schools.

While they are being promoted as an example of lesbian, gay, bisexual, and transgender (LGBT) people by the Seventh-day Adventist church, oddly they do not identify as LGBT. Instead, they use terms such as “redeemed” to describe their sexual orientation.

With the exception of their newest member, Danielle Harrison, their group consists entirely of older men in their 50s and 60s, who came out in a very different era, a time when same-sex intimacy was illegal and deeply suppressed. They experienced traumatic childhoods, which they blame as the cause of their sexual orientation. When they realized that they indeed were gay, they lived rather promiscuous lifestyles, often filled with drugs, and for one individual, years of male prostitution. In his presentations, Carducci describes his former life as the “typical gay lifestyle” which for him usually included one or more sexual encounters a day, in addition to struggling with an addiction to pornography. This short promo video offers an overview of their stories.

By promoting these voices as representative of the entire experience within the LGBT community, even though they do not currently identify as such, the Adventist church elevates stories that portray all LGBT people as damaged, sex addicts, drug and alcohol abusers, unfaithful in relationships, and utterly lost if they do not follow the same path of these four “redeemed” individuals. They are predicated entirely on a model that views LGBT people as fundamentally flawed and broken.

These personal stories are valid and represent three individuals who are certainly part of the wide LGBT community. Their stories are representative of addicts finding a healthier path out of addiction. I do not want to silence anyone’s voice as there is power when we share our stories openly and authentically.

However, these voices do not represent the entire LGBT community and those who also belong to the Adventist community. We must listen to more than the few voices that reinforce erroneous stereotypes in order to actually have a credible conversation about the intersection of faith, sexuality, and gender in the church.

Most Adventists are not aware that their church funded and widely promoted one of the first “change therapy” programs in the late 1970s and 80s. Colin Cook (no relation), an Adventist pastor who had been fired for sexual contact with a male member of his congregation, was by all accounts very charismatic and engaging. He began promoting his own “success” story, claiming that he had “overcome” his sexual orientation, and he convinced the Adventist Church to sponsor his therapy programs at Quest Learning Center in Reading, PA as well as to help underwrite Homosexuals Anonymous, which he co-founded. Cook taught that homosexuality was caused by bad parenting—either an absentee or emotionally unavailable father or an overbearing mother. He felt that everyone was created heterosexual by God and that with therapy people could return to their innate, heterosexual nature.

Cook and his programs were widely advertised by the Adventist church in their publications, including Ministry magazine, which is distributed to a wider audience of Christian pastors. He was even featured in Christianity Today and on the Phil Donahue television program twice. Adventist and other Christian parents began sending their sons to Quest Learning Center in Reading, PA to be “cured," and many gay Adventist men, including closeted pastors, bought his tapes and went to his program’s headquarters in hope of changing their sexual orientation.

Seventh-day Adventist Kinship International, a support and advocacy organization for LGBT Adventists, began to investigate these stories upon hearing “change” stories from supposedly straight men. Dr. Ron Lawson, a sociologist in New York City where Cook had once pastored, took the lead.

Lawson began interviewing many of the men who had been through Cook’s program and quickly realized that none of them had actually experienced an orientation change. They were being told by Cook to testify to then-G.C. president Neal Wilson and other church officials about their “change” with a hope that this is what God would do for them in the future even though the much-desired change had not actually happened.

The Adventist church quietly withdrew funding and support of this program when unethical (and possibly criminal) behavior came to light, but there were no official retractions or apologies, and the church continued to advocate change therapy. In an 1987 LA Times article on Cook’s programs and transgressions, Adventist church spokesman Robert Dale is quoted as saying that while the church no longer endorsed Cook, “It does intend to ‘redouble’ its efforts to aid individuals who wish to convert from gay to straight.”

Without any widely-published retraction or expose, Cook was able to relocate to Colorado Springs, CO and began another change program, and in a few years, the same allegations of abuse surfaced.

While the Adventist church no longer officially funds an ex-gay therapy program like Cook’s destructive and deceitful one in Reading, PA, when the church promotes and funds a handful of speakers like those in Coming Out Ministries who promote “healing” and “victory over homosexuality," this damaging ideology persists. LGBT people being told that they too can “overcome” are shamed into also attempting to change if they just pray harder or somehow achieve a better spiritual life. Just a short time listening to the stories of LGBT Adventists will show that many tried this for years, often in formal programs promising change, or struggling to attempt this on their own, sobbing into the night as they plead privately with God, redoubling their efforts to change. Every time a church program or family member waves a “success” story in their face of someone claiming” healing,” it makes them feel that much more a failure.

LGBT youth in the church are taught through these presentations to believe that their inner desire for love, companionship, and family is evil and flawed in a way that their heterosexual peers’ desires for love, companionship, and family is not. This is part of the shame, fear, and repression that leads LGBT youth from disapproving families to attempt suicide at eight times the rate of their heterosexual peers.

One of the first steps that needs to take place is for the church to stop promoting this discredited and dangerous “therapy.” This heteronormative, anti-gay message is contrary to the current scientific consensus on the topic. Continuing to promote these discredited views in the context of the vast amount of research on sexual orientation and gender identity is reckless and disingenuous. We also need to actually educate the church and its institutions on sexual orientation and gender identity, even if the information we learn is challenging and difficult to integrate into our theology and worldviews. That education needs to come from reputable sources.

The next step would be for the Adventist church to apologize for this abuse, and to stop promoting so-called “change therapy” with results that are unattainable. Even Alan Chambers, the president of the now-closed Exodus International, which promised for almost 40 years that “change is possible” has apologized for the harm done to tens of thousands of LGBT people and said that “99 percent of people never experience lasting change.”

Most importantly, we need to include the voices of LGBT Adventists. SDA Kinship International has been building a community of inclusion for nearly forty years when the church has remained stunningly silent. When the General Conference can plan an extremely expensive summit on “alternative sexualities” (a term I still do not understand) without inviting a single self-identified LGBT voice to speak, we know we are epitomizing talking “about” people and not “with” them. For any conversation to be valid and credible, it must include our voices.

There is room in the church for reasonable, respectful, and engaged people to come together and dialogue, even if we do not all share the same theological paradigm about God’s blessing of same-sex love and relationships. But in order for a real conversation to happen, we have to stop promoting a negative, singular narrative as the only voice of LGBT Adventists. There is an incredible diversity of voices within this community. There is not a singular narrative. And by continuing to promote a narrative of straight versus gay, it perpetuates a binary that neglects a large segment of the LGBT community. When we continue to use this narrative, we erase bisexual and transgender, intersex, asexual, queer, and many other sexual orientation and gender identities from our conversations. Sexual orientation exists on a spectrum and we must acknowledge this.

The Adventist church has been guilty of using a single narrative-one of broken, traumatized, promiscuous, damaged LGBT people to enforce the status quo and promote conformity to its current doctrines and policies. The past should teach us not to repeat this failure, and yet we seem to be tempted to promote the one narrative that does not challenge us or open us up to a wider conversation. The solution to the single story? More stories. Stories that include the diversity and richness of the human experience.

All stories matter, but we also must hear the stories of the vast majority of LGBT Adventists, not just the few that uphold preconceived notions. We can, and must do better.