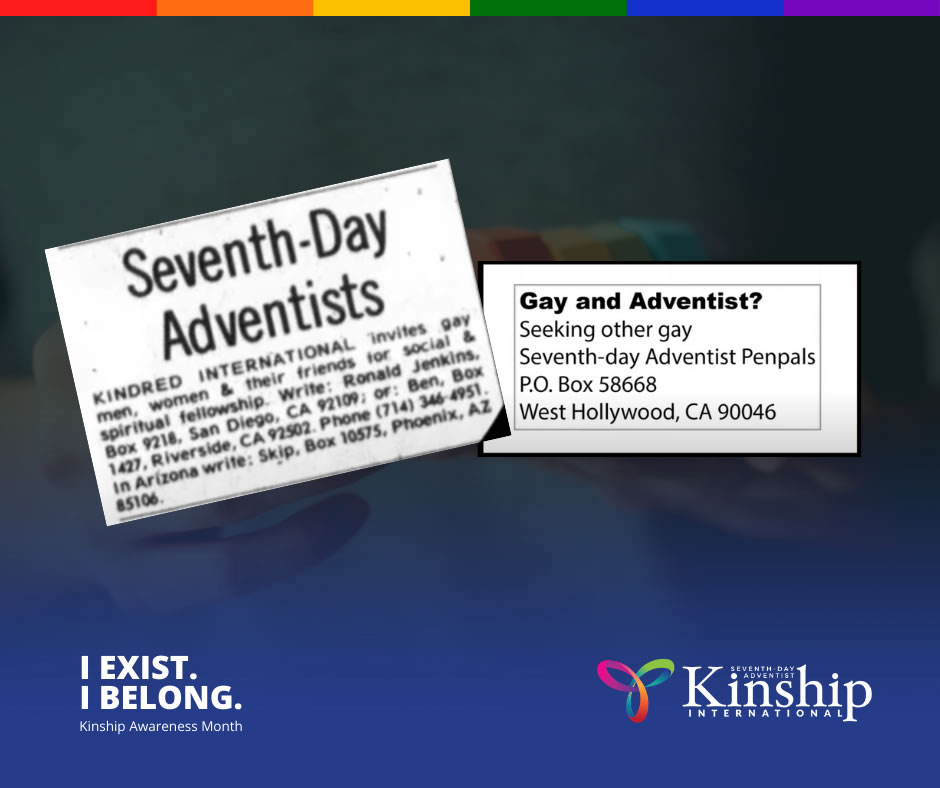 1976 | In the early 1970s, several LGBTIQ Adventists began looking for other Adventists with whom they could discuss their feelings. An ad was placed in the classified section of The Advocate magazine- a national LGBT publication. It resulted in responses from LGBTIQ current and former Adventists from across North America. In 1976, SDA Kinship was founded with a meeting in Palm Desert, California.