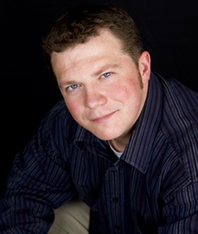 At dawn he appeared again in the temple courts, where all the people gathered around him, and he sat down to teach them. The teachers of the law and the Pharisees brought in a woman caught in adultery . . . (John 8.2-3)
This week I want to address a story from which most have only heard very conventional explanations and a traditional expounding. In my opinion, how this story is spoken of normally, does little more than allow us to continue on in our culturally conditioned lives unchanged. This story is most often used today (although there are exceptions) by one of two groups. It’s used by behaviorists, who say, “Yes, Jesus forgave, but he also said ‘go sin no more.’” And therefore this story serves to do little more than confirm them in their already-in-motion behaviorism. And this story is also used by those who have been deeply wounded by behaviorists as a treatise on how behaviorists are to not “judge,” reminding behaviorists that Jesus also said, “He who is without sin, cast the first stone.” On this side, this story also serves little more than to simply confirm where someone already is.
I want to suggest this week that if these are our only two options in our search for understanding this story, then we miss the underlying point entirely. Something much deeper is going on in this story than what we see on the surface. This “something deeper” is what all of us (behaviorists as well as anti-judgmentalists alike) may be trying to avoid with our surface explanations, fearing that the deeper narrative could implicate us all.

Here in West Virginia, we used to use canaries in the coalmines to warn the coal miners when the air had become toxic. When the canary died, it was time to run to the surface for purer air. Walter Brueggemann, the world’s foremost Old Testament scholar, has gone on record saying that those from the LGBTQ community are the canaries in our religious coalmines today. The way we as Christians have historically treated even Christian young people who begin experiencing same gender attraction has created an eight times higher rate of suicide among them than any other category of Christian or LGBTQ youth.

Herb Montgomery will be our morning speaker at SDA Kinship Kampmeeting 2014 in Atlanta, GA...join us for a time of blessing!