Sep 16 Posted by Jerry McKay in Our Stories

Finished with College but Not My Orientation

ABOUT THE AUTHOR
If you are reading my story for the first time and you feel you are missing some context, I suggest you start at the beginning with the May 2015 issue of The Connection. Why I am writing my story in such detail? In short, I am answering questions while hoping to educate. Over the years, I have been asked the same questions over and over by friends, family, and church members. The answers to those questions are found in different decades of my life. I'm grateful to the Connection for giving me this space to share my story. Publishing as I write is a great motivator!  –Jerry McKay 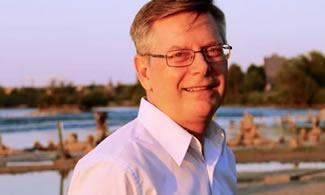 In January 1979, after a second mission term in Japan, I was back at Canadian Union College (now Burman University) and ready to finish my degree in theology. I wish I could say it was an amazing stress-free experience. There were high points, but it seemed as if every few months there was a new incident related to my orientation. Two of them were traumatic.

As far as my studies and campus life went, if you had watched me from a distance, you would have seen me faithfully attending class, diligently writing papers (on a manual typewriter), leading out in religious activities, playing my trombone in the band, or singing in the choir. I was also practicing my preaching skills in class and at local churches. Donna often went with me, and we occasionally performed our unheard of trombone-flute duets. My “relationship” with Donna was still ambivalent, and I continued to fumble about with attempts at dating others. Although no one knew about my attraction to male friends and how it was affecting me one friend saw through my façade.

Because of the myth that homosexuals are not or cannot be spiritual, it is important to reiterate that in addition to the religious activities I was publicly involved in, I continued to be very intentional about my private devotions. I routinely immersed myself in studying the gospels along with my well-worn 800-page volume of The Desire of Ages. I continued to be preoccupied with Morris Venden’s lectures that focused on prayer, Bible study, and Christian witness as the key to all personal victory and continual obedience I sought in my life.

Since Kelvin had relocated to the US, I moved in with a group of theology majors who had taken over a small white bungalow we called The White House. Sharing a house with a gang of theology majors was enjoyable and created a sense of community. Because it was a house, the typical bathrooms allowed for private grooming. That was a great relief. Even theology majors, however, roam about scantily clad in the privacy of their home. That was awkward for me.

As well, I never allowed myself to be as playful as others when we did let loose. I know, it is hard to imagine theology majors letting loose, but when we did, I was always reserved and unsettled by the pleasure I felt when in close proximity to my housemates. I was afraid that if I relaxed too much, as when people do when playing affectionately, I would reveal my secret. There was always a level of fear around playful contact. Except for this, the first semester was manageable and relatively uneventful. That changed during the summer of 1979.

After a quick trip home to visit family, I returned to the college to work and take a couple of courses I needed in order to graduate the following spring. Two events occurred that summer. The first, oddly enough, remained unknown to me until much later. I was painfully aware of the second. I’ll share the unknown-to-me incident first.

Terry was one of my theology-major friends whom I admired and for whom I felt some attraction. Because there were far fewer of us on campus during that summer, Terry and I hung out a lot during those very long Alberta evenings. Spending so much time with him set me up for an inadvertent and unknown-to-me disclosure of my orientation.

In a moment of unguarded conversation with a group of friends that included Terry, I said, “If Terry’s name were Tom, we could be Tom & Jerry!”

I had the cartoon characters Tom & Jerry in mind when I made this pronouncement. I blame Japan for that. In Japan, all things cutesy are displayed on everything from erasers to clothing. When I would introduce myself, people would inevitability associated me with those cartoon characters. I was frequently given Tom-&-Jerry mementos. So, my comment, although a little odd, was not random. It did, however, catch the attention of one female friend.

In a conversation that took place after the fact, when I was not present, this friend came right out and told Donna that, “Jerry can never be interested in a girl because he is homosexual.” Really?

How did she know that? What was it about my comment that red-flagged my orientation? How could she know what I barely knew? Apparently, she had experience with this kind of thing. Her brother, she disclosed to Donna, was one!

I felt a bit unnerved to learn about that exchange, but now I see it as yet another external confirmation of what was going on internally. This incident reminds me of junior camp days when a fellow camper told me to “stop standing like a woman."  I have always been aware of how I carry my body compared to most of my heterosexual male friends. Even my Christian friends posture themselves differently. I have felt the unspoken expectation to conform to so-called masculine mannerisms -- not crossing my legs, for example -- but those norms seem so silly to me. In this incident, however, it was the way I expressed affection for a male friend that was suspect. It was probably the enthusiasm with which I expressed myself that got me into trouble. Nevertheless, my comment was deemed too intimate!

What did Donna think about this revelation? She said my Tom & Jerry comment did catch her a little off guard, but that it was our friend’s response that struck her. “There was something about what she said, and the way she said it, that made sense to me. There was intimacy in the way you made that comment that struck me. There was an aha moment for me. At the time, however, we had no way of making sense of these things. I thought to myself, “Jerry wants to be a pastor. He is a good person. How could this be true about Jerry? You have a growing realization on the one hand and a this-cannot-be response on the other." Donna’s summary said it all. "It cannot be, I told myself, because it is not allowed to be!"

What friends may have noticed over the years but discounted because of naivety or lack of context, others, like our mutual friend, recognized as clues of my orientation. When those clues are pointed out, only then do others, like Donna, have their aha moment. With respect to this experience, one fact is important. In the 15 years between summer camp and the summer of Tom & Jerry, I had not been imitating any stereotypical mannerisms associated with homosexuality – whatever those are. Neither was I trying to draw attention to any affection I might have felt for Terry.

I was barely aware of it myself. In all my twenty-three years, I had never been exposed to any “evil liberal secular” media influencing how I expressed myself physically or verbally. I was not trying to “be homosexual” in any sense. The opposite, in fact, was the case. Throughout high school, college, and my two years as a missionary in Japan, I had been immersed in a conservative Christian environment. That was the environment that had shaped me. The only other homosexual I had met – that I knew of -- was the guy at the bus stop in Honolulu while en route to Japan for the first time in 1975. That encounter was through the window of a bus and lasted 30 seconds. My mannerisms and affectionate enthusiasm came from within, not from any external influence. This speaks to something innate about my experience – something “woven into my substance” as Psalm 139 suggests. While I never knew about my inadvertent discovery until years later, I was certainly aware of the second incident.

Around the time our friend was flagging me as homosexual, without of my knowledge, my orientation was about to move from suppressed feelings to outward expression. Because repairs needed to be done on our “white house”, we were asked to find other accommodations for the summer. Instead of moving into the dormitory, I wanted to live on my own. I was given access to a tiny old trailer at the edge of campus. My introvert nature liked the novelty of it, but living alone was more of a challenge than I expected. Preparing my own meals, rather than joining others in the cafeteria, for example, added to my sense of isolation. To make an awkward story short – it was there that a moment of intimacy occurred that caught me totally off guard.

A similarly lonely friend often came by to visit. One evening, while I was preparing my supper in my cramped kitchen, we brushed up against each other. In the next moment, we were in each other’s embrace.

This was not a casual hi-there-give-me-a-hug embrace. In an instant, years of emotional and physical isolation broke through my stoic control. Our embrace touched everything raw and suppressed in my body and soul. It tapped into a loneliness I was not prepared to deal with.  It was not just because another human was giving me a hug, but because it was a man who responded similarly. I wanted to cry more than pursue anything sexual even though the urge was there to do so. I felt nauseous, in fact, from the rush of emotion exploding to the surface and seeking expression.